"NOT FADE AWAY" - A Flower Project

Flowers and Polaroids have something in common: they ephemeral. Flowers shrivel, polaroids pale. So they both "fade". But they have something else in common: they are both uniques. And thus very precious. Each flower is unique, even though it seems that they look like each other of the same sort. Polaroids are uniques as well. Each of them exists only once, and it can neither be duplicated nor changed.

In our times, where digital techniques prevail more and more, the return to old analogue skills are already something very special again. Even if ten polaroids are taken from the same subject, no one will be equal to the other. Furthermore the photographer can never exactly know what the picture will be looking like after it has developped. A polaroid has a life of its own. And that is what it makes it so valuable and unique.

With classic photos - equally if taken with an analogue 35 mm camera or a digital one - usually you can produce innumerable prints, blow-ups and copies. With a polaroid this is not possible. There exists exactly one picture: the original. You can copy it or scan it, however it is immediately clear that it is nothing than a copy. So if a polaroid in the course of time begins to fade because of the aging process, you cannot again make a print of it. It is exposed to the process, and it cannot be stopped.

"To fade away" is another expression for pale, shrivel. There is a song by the Rolling Stones (or actually the first version was by Buddy Holly) called "Not Fade Away" and actually it's about love, that should not fade away. I thought this title to be fitting for my project, as also these uniques should not fade: the flowers not, as I kept them in pictures, the pictures as I keep them in little "jewel boxes", where they are protected from external harm. Of course you cannot hold the process of fading entirely. Also love is slightly fading after a certain time. But if you don't want to preit that something disappears completely with the time then you have to make efforts to protect it.

My project however in a certain way is also continuing the theme of my work from the years 2013/2014, in which I was intensively dealing with the American artist Cy Twombly. Where is the connection? On one hand, Cy Twombly was also as a photographer a wonderful artist. And he took exclusively polaroids. His photos were a source of inspiration for me even before I got to know his paintings. On the other hand also in that project I was dealing with the course of the Four Seasons by means of Cy Twombly's house in Italy. And "Not Fade Away" as well is dealing with the four Seasons, thus showing blossoms and Flowers in the course of the year: from the earliest spring to the late autumn. As in our regions there are no blossoming flowers to be found in winter, this season cannot be illustraded.

But there is one more connection to the title of my project regarding the meaning of "fade away": it has to do with the exposure of the flowers on polaroids. A polaroid has the charakteristic of sometimes not being as rich in contrast as a 35mm film. Often it happens - depending of course on the available light - that the object shown seems blurred or even faded. So the paradox happens that the blossom is already faded before the polaroid itself fades away. Thus it is not the process of aging that is responsible for the fading of the picture, but it is faded already in the original condition because of the material and the technique. However, on the other side this strengthens our imagination in order to be able to understand which flower is shown in this picture. We are forced to have a closer look. And this because of the small size of the subjects. Because this as well is a feature of the "unique" polaroid: it cannot be re-sized. It has a definite size that is unchangeable. It forces us in our modern times, where everything - espacially photos - has to be as big as possible, to take a closer look. That's just not the same as with those huge, sometimes even larger than life pictures which "attack" you even unwillingly, but it constrains us to look twice. Even three times. And thus it lets us escape daily life for a couple of moments - so fade away for a short time from it. Because that's another meaning of fade away: to blend out. A short look in anouther direction, away from daily life in order to be able to dive in something already almost lost.

May the beautiful things in our lives fade away just as little as love.
Back 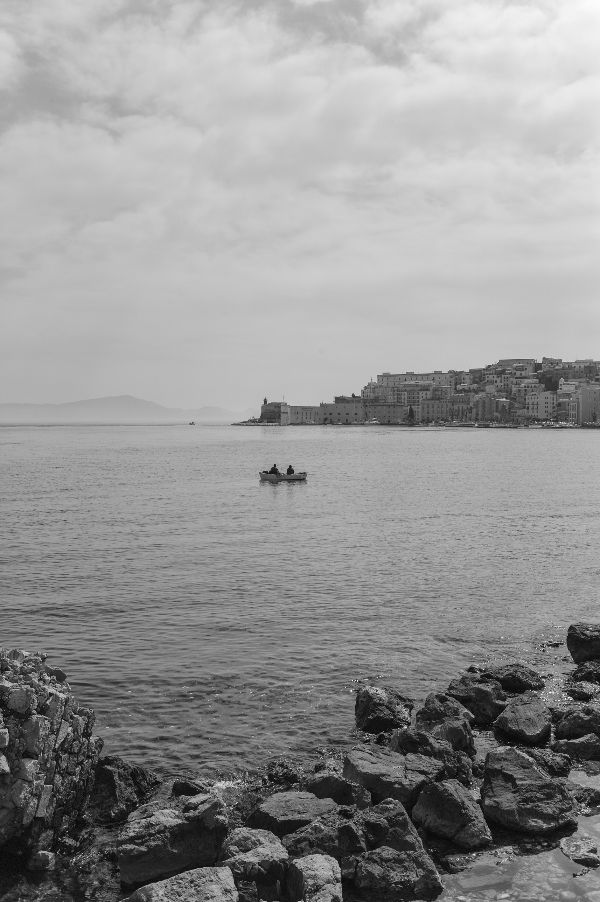