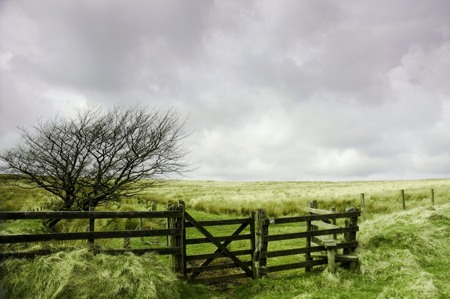 I have only ever used one film camera. From 1983 to 2006 I shot all my pictures with a Nikkormat Ftn, which actually belonged to my brother who bought it in 1971. I never felt an urgent need to upgrade, although obviously things moved on with autofocus, exposure modes etc. With that camera I only had 3 things to do: adjust focus, shutter speed and aperture. The actual medium that generated the image was the film. I would experiment by choosing different films, Kodachrome rather than Fujifilm, or choosing different ISO... but once the film was loaded there was nothing I could do to adjust the way it would respond to light. As I write this I am feeling a sense of nostalgia, really... as it feels like that was photography in its purest form.

Digital imaging sensors have changed the game. Over the last 9 years I have already gone through 3 iterations with my main digital SLR. The first digital camera I owned was the Nikon D200, which took me into the world of digital photography and lasted 3 years. When the next generation of Nikon cameras came out, though, the step was so big that I very rapidly upgraded to the D700. The D700 was a huge leap in terms of color rendition, low signal to noise ratio and dynamic range. Although the pixel count was not much greater compared to the D200, images were a lot sharper by virtue of the full frame sensor and the reduced noise. With this generation of cameras Nikon introduced their "Picture Controls", on which I spent considerable time fine tuning in order to get images out of the camera close to my liking. I do not like spending a lot of time sat in front of a computer editing images, but I found that the improved capabilities of the D700's digital sensor could be harnessed at times only through post processing. 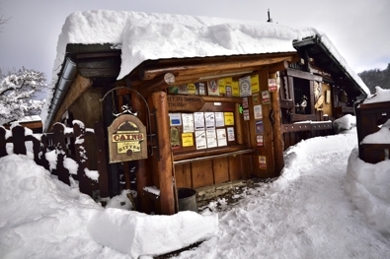 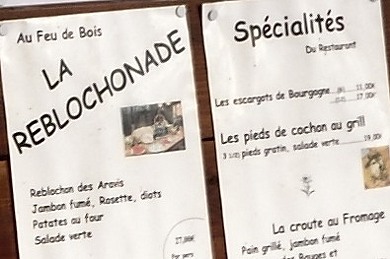 The D700 lasted nearly 6 years, but I finally sold it at the end of last year. I felt the time was right for another upgrade, and now my main workhorse is the D810. This camera is yet another significant step in terms of all of the above: noise, color rendition, dynamic range. On the top of that it is a large step in pixel count... I never thought I'd want 36 Mpixel, but I must say it does not hurt having them. You can see here on the left an image of a chalet in the French Alps, which I took a few weeks ago (Nikon D810 with Nikkor 16-35 AF-S f4G at 19 mm, f5.6, 1/160, ISO 64, +0.7EV) . I have then taken a small crop at 100% that shows the details of the restaurant menu posted on the wall... If you are desperate to eat "Les Escargots de Bourgogne" and you are near Albertville, you now know you can find them at the "Chalet les Trappeurs"! This is yet another one of the many examples that have been posted online since the D810 was introduced to demonstrate the impressive level of details that its sensor can resolve. But I dare saying that to me the practical advantage of having these many pixels is limited to being able to crop more. I far more value the huge dynamic range and low noise that this sensor is capable of. Nikon's Picture Controls have also been improved and enriched with more features and I spent a good few weeks tweaking and trying to make the whole thing behave as I want!

I have now completely overhauled my photography website, and I am very close to pressing the "make live" button. Apart from the change in style the bulk of the work was to re-format and re-load all the images, adding all the better photos from my more recent work. As I crawled through my library of pictures it was very interesting to review about 9 years of digital photos, and to see how the style actually changed with the change in camera gear, software techniques as well as me learning more about how to get the most of my equipment. I found myself pushing the saturation and the contrast on some of the early images, as my style has sort of evolved towards making punchier images. At the same time I could clearly see many situations where the limitations of my first camera were exposed, compared to the more recent one. But having said that, some of my favourite pictures are still among those I took in my early years with digital photography. One image in particular which still most people comment on is the one I put at the top of this page. This Exmoor landscape picture is number 33 out of 14077 photos currently in my library, and still is one of my dearest images.

I know this sounds like an old cliche'... but ultimately the camera does not matter! Having said that I find the Nikon D810 an amazing instrument and it will help me to achieve better pictures. Yet in order to get the best out of it, I find that the process of making photos has become even more involving than before. With the D810 I think a lot about the images I am taking in terms of how to shoot them, what sort of options to use and what I can do in post processing to get the best out of them. If there is one thing I am disappointed about is the fact that camera makers can produce a sensor capable of nearly 15 EV stops of dynamic range, but there is no easy way provided to really exploit that, unless one is prepared to carry out some fairly lengthy post processing work... I feel the photography hobby is now more than ever half art and half an engineering project... luckily for me I enjoy both aspects. Nonetheless, I am thinking it would be nice to pick up the Nikkormat once again and shoot a film or two, having to worry about only adjusting three things... you know what? I may well just do that!
News
PreviousNext